Want to know all about switzerland? Download full Swiss guide! Get it now

Close your eyes and imagine Switzerland. What do you see? What associations this astonishing country evokes in your mind? Tall snowy mountains, tasty gruyere cheese, financially secure life sweetened by the most amazing chocolate – those are the usual impressions we get. But Switzerland is surely so much more than that.

We love Switzerland and would like to share our passion and knowledge about it with the rest of the world. That is why you will find a cycle of posts dedicated to interesting, curious, and fun facts about Switzerland. This article is the first of the series, so don’t hesitate to come back and check out our new posts or, better yet, sign up for the latest updates and more here. Sure, you’re dying to begin exploring Swiss facts.

When we talk about most countries, naturally, we expect them to have a capital city. But such is not the case for Switzerland. I understand how confused you might feel about this fact. Personally, I believed that Bern was the capital city of Switzerland for quite a while. And it might seem as such because multiple important Federal institutions are in Bern. But in reality, time has proved that this unique country does not need to have an official capital city.

There have been several cities that were referred to as “Federal City” in the past. Besides Bern, this list consists, but is not limited to, Zurich, Fribourg, Basel, Lugano, and one of our favorites, Lucerne. In more modern times, despite considering to name Bern as an official “Federal City”, no concrete decision was ever made. So, when someone asks you about the capital city of Switzerland, feel free to answer that Switzerland has no official (de jure capital at all.

At this time, Switzerland is the first and the only country in the world to implement a government system based on popular administration. This system is also known as a direct democracy, which involves constitutional initiative (public petitions) and the organization of referendums.

First implemented in Ticino in 1830 and shortly followed by Swiss Confederation in 1848. Switzerland is certainly not the only country where citizens have the mechanisms of direct democracy and elect a parliament at the same time. However, it is in this country that these popular rights are most widespread at all levels of the government system – communal, cantonal, and federal. From the popular initiative to the constitutional referendum and the right of veto, the mechanisms of direct democracy are particularly well developed in Switzerland.

3. Get to know Helvetia

Have you noticed CH stickers on Swiss cars? .CH is a typical extension for Swiss websites; CHF is an abbreviation of notional Swiss currency (Swiss Franc). But what do these letters stand for? How are they related to Switzerland? CH – stands for Confœderatio Helvetica (Latin), which is Helvetic Confederation in English.

Long story short, this name was given to the tribes that occupied Swiss territory a very long time ago (think antique times). Later the name was almost forgotten and brought back by Napoleon, who named the territory Helvetic Republic. Even further in time (1848), this name was selected by Switzerland as one of the official names of the country. In this way, Helvetia is an allegoric symbol of a woman that symbolizes Switzerland. You can spot her on a 2 CHF coin or the top of Federal Swiss Palace in Bern. Let’s admit that this name is an excellent reference to this wonderful country’s history and heritage.

Who doesn’t like chocolate? Dark, milk, white, pure, or with additional flavors. Tell us about your favorite type of chocolate in the comments below 😉 It makes me want to get some of it out of my hidden sweet stash. Well, when it comes to producing and consuming chocolate, Switzerland, once again, proves to be a true champion.

According to official statistics, the Swiss are the world’s biggest consumers of chocolate products. In 2018 its consumption was as high as 10.3 kilos (22.7 lbs) per person. Moreover, approximately 600 tons of chocolate in various forms are exported annually from Switzerland. Chocolate persists to be a signature Swiss product and continues to revive and satisfy its devotees worldwide.

If you ever visited Swiss Alp Summits or saw photographs depicting majestic Swiss mountain peaks, you already know how breathtaking they look. But did you know that 20% of this European mountain range system lies in Switzerland? No wonder that the Alps constitute 60% of Swiss territory.

The highest and most famous peaks are Monte Rosa (VS), Matterhorn (VS), Dent-Blanche (VS), Jungfrau (VS / BE, Eiger (BE). The highest peak (Monte Rosa) reaches slightly more than 4.6 kilometers, making it just about 200 meters lower than Mont-Blanc, which is no less than the highest summit in Western Europe. How amazing is that?

6. The Swiss flag is square?

The Swiss flag is indeed square. This being said, the square form is not required by law. It is merely part of a tradition. Indeed, the only provision that exists concerns only the cross, whose branches – equal to each other – must be one-sixth longer than they are wide.

According to Helvetica Historica, in 1840, a joint military flag was created. Eight years later, Switzerland adopted it definitively by enshrining it in the new Constitution. So, today the flag remains square because of its military origin. But not all Swiss flags are square. The flags of the Swiss Merchant Navy, for example – river and deep-sea navy – are all rectangular.

7. The longest bench in the world

In Switzerland, you can discover many unique, extraordinary, and exceptional things and experiences. One of those curiosities can be found in Geneva, a worldwide center for finance and diplomacy. Actually, this french-speaking french city has a lot to offer. But today, let’s talk about the longest bench in the world. Yes, you read it right, and this is official.

The bench at “la Promenade de la Treille” was placed in the very heart of the old town of Geneva in 1767 and measures precisely 120.21 meters (61 feet). It is composed of 212 sitting places. It was recently completely renovated so everyone who visits Geneva could enjoy a fantastic view of the Salève mountain and magnificent parc de Bastions. If you ever pass by Geneva, you simply must see the bench that made it to the Guinness Book of Records.

Here you have it 🙂 First 7 interesting and curious facts about Switzerland, its culture, and history. What were the facts you knew about and those you were surprised to discover? Feel free to share your thoughts in the comment section below and keep in touch with us for more interesting articles about Switzerland.

free goodies straight to your inbox 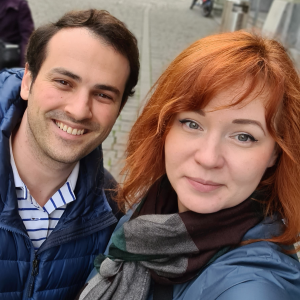 Stay up to date

Stay up to date with all the latest

Please log in again. The login page will open in a new tab. After logging in you can close it and return to this page.